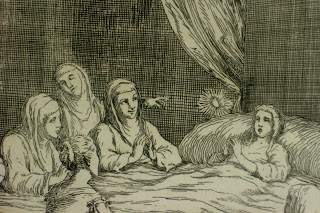 Mita Choudhury, Professor of History at Vassar College, discusses her book The Wanton Jesuit and the Wayward Saint: A Tale of Sex, Religion and Politics in Eighteenth-Century France, published by Pennsylvania University Press in 2015.

“Students of eighteenth-century France have long been aware of the importance of the Cadière affair. Fortunately, the case has now found its historian. Mita Choudhury, a leading expert on the politics of theological conflict in Old Regime France, has given us a rich account of the scandalous provincial encounter in the early 1730s that resounded all the way to the halls of Versailles and the Sorbonne.”—Jeffrey S. Ravel, Massachusetts Institute of Technology
52:54 minutes.
Listen