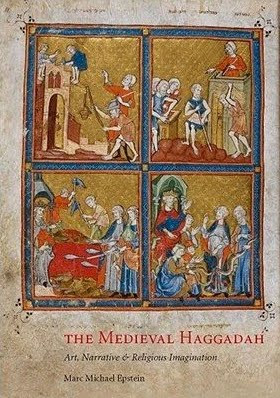 Marc Michael Epstein,  Professor of Religion at Vassar College, talks about his book: The Medieval Haggadah: Art, Narrative, and Religious Imagination, published by Yale University Press and listed by the Times Literary Supplement as one of the best books of 2011.

“A dazzling analysis. . . . The Medieval Haggadah shows with remarkable sophistication and an acute visual sense how those who commissioned, produced the blueprint for, and illuminated four medieval haggadot, or books for use at the Passover ceremony, did much more than illustrate the story of the Exodus, creating, rather, complex statements about the role and place of Jews in the society of the time, as well as producing remarkable works of art."— Gabriel Josipovici, The Times Literary Supplement (Books of the Year)