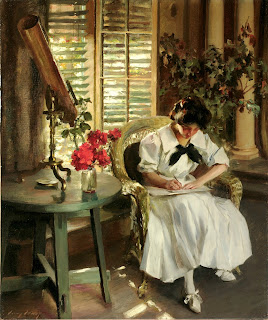 "The founding strength of the art museum at Vassar College in 1864 was its American paintings. That collection has grown greatly over the years with the result that a number of the works by major American painters are seldom seen. This exhibition will explore some of the American riches found in storage and will feature key works of the nineteenth and early twentieth centuries housed in the Art Center's vault. Among the artists featured are John Singleton Copley, Benjamin West, Sanford Gifford, George Inness, William Merritt Chase, Maxfield Parrish, Arthur B. Davies, Robert Henri, Ernest Lawson, Arthur Dove, Georgia O’Keeffe, and Ben Shahn."