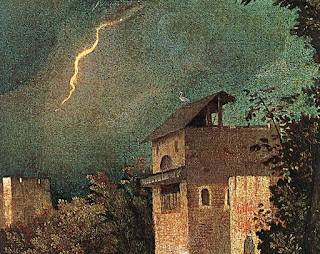 Art historian, editor, and publisher Gloria Kury (VC '65) talks about art history, literature, education, and the fabrication of the Renaissance in the 19th century and her book When Giorgione Died: A Rebuildungsroman in Two Volumes (Periscope, 2016).

"A memory book with a fierce verve for piercing the false enchantments of memory, its dangerous nostalgias, its zombies and composite monsters, its necrophilia and kitsch. Exuberantly in love with art, Gloria Kury works to disentangle the blind-paths of connoisseurship and historical scholarship, what so often gets forgotten there - and what hides in plain sight. A brilliant story teller herself, she trusts other storytellers - Shakespeare, Henry James, Edith Wharton, William Gaddis, Cindy Sherman among others - to lay bear the strangeness of things, even as she invites the wild-eyed prophets, the crystal gazers, the code breakers, the hypnotists, the psychics, the psychologists, the parapsychologists, the time travelers, the explorers of the fourth dimension to say their part. Seeded within this complex slide show is a sharp, cohesive, often comic and sometimes chilling meditation on how any life is lived and remembered, how smoke gets in your eyes." --  Kenneth Gross, author of The Dream of the Moving Statue and Puppet: An Essay on Uncanny Life