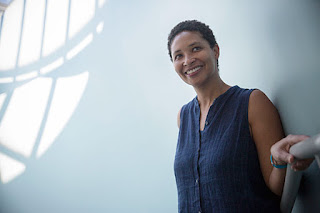 Danielle Allen, James Bryant Conant University Professor and Director of the Edmond J. Safra Center for Ethics at Harvard University and a MacArthur Fellowship recipient, will contribute to our series on the role of liberal arts education in contemporary society by discussing her recent work on language and politics: Education and Equality (Chicago University Press, 2016) and Our Declaration: A Reading of the Declaration of Independence in Defense of Equality (Norton, 2014).

"Featured on the front page of the New York Times, Our Declaration is already regarded as a seminal work that reinterprets the promise of American democracy through our founding text. Combining a personal account of teaching the Declaration with a vivid evocation of the colonial world between 1774 and 1777, Allen, a political philosopher renowned for her work on justice and citizenship reveals our nation's founding text to be an animating force that not only changed the world more than two-hundred years ago, but also still can. Challenging conventional wisdom, she boldly makes the case that the Declaration is a document as much about political equality as about individual liberty. Beautifully illustrated throughout, Our Declaration is an “uncommonly elegant, incisive, and often poetic primer on America's cardinal text”  -- David M. Kennedy.

“Education and Equality mounts a powerful philosophical argument for putting ‘participatory readiness’ for civic and political life at the center of American education. Developing a rich, pragmatic account of the purposes of schooling, Allen shows the poverty of reductionist notions of education as preparation for work and global economic competition alone. To achieve the political equality that is indispensable for democratic governance, a humanist education for all is required. A must read for all concerned about the future of American education and American democracy.”  -- Leo Casey, executive director, Albert Shanker Institute