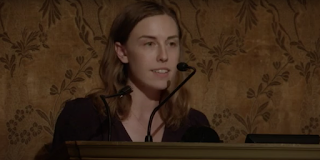 Since its construction, Notre Dame Cathedral has played a central role in French cultural identity. In the wake of the tragic fire of 2019, questions of how to restore the fabric of this quintessential French monument are once more at the forefront. This all-too-prescient book, first published in French in 2013, takes a central place in the conversation.
The Gothic cathedral par excellence, Notre Dame set the architectural bar in the competitive years of the third quarter of the twelfth century and dazzled the architects and aesthetes of the Enlightenment with its structural ingenuity. In the nineteenth century, the cathedral became the touchstone of a movement to restore medieval patrimony to its rightful place at the cultural heart of France: it was transformed into a colossal laboratory in which architects Jean-Baptiste Lassus and Eugène-Emmanuel Viollet-le-Duc anatomized structures, dismembered them, put them back, or built them anew—all the while documenting their work with scientific precision.
Taking as their point of departure a three-dimensional laser scan of the cathedral created in 2010, architectural historians Dany Sandron and the late Andrew Tallon tell the story of the construction and reconstruction of Notre Dame in visual terms. With over a billion points of data, the scan supplies a highly accurate spatial map of the building, which is anatomized and rebuilt virtually. Fourteen double-page images represent the cathedral at specific points in time, while the accompanying text sets out the history of the building, addressing key topics such as the fundraising campaign, the construction of the vaults, and the liturgical function of the choir.
Featuring 170 full-color illustrations and elegantly translated by Lindsay Cook, Notre Dame Cathedral is an enlightening history of one of the world’s most treasured architectural achievements.

Dora Apel, W. Hawkins Ferry Professor Emerita of Modern and Contemporary Art History at Wayne State University, returns to the program to talk about her book Beautiful, Terrible Ruins: Detroit and the Anxiety of Decline, published by Rutgers University Press in 2015.

C. Stephen Jaeger,  Edward William and Jane Marr Gutgsell Professor Emeritus of Germanic and Comparative Literatures at the University of Illinois Urbana/Champaign, returns to The Library Cafe to talk about his most recent monograph: The Sense of the Sublime in the Middle Ages, just published via Academia.edu.

Mary Anna Barbey (VC 58, 73) discusses her life as a journalist and novelist in Switzerland and her English translation of her 2004 novel Prosperity Mill (Independently published 2022).